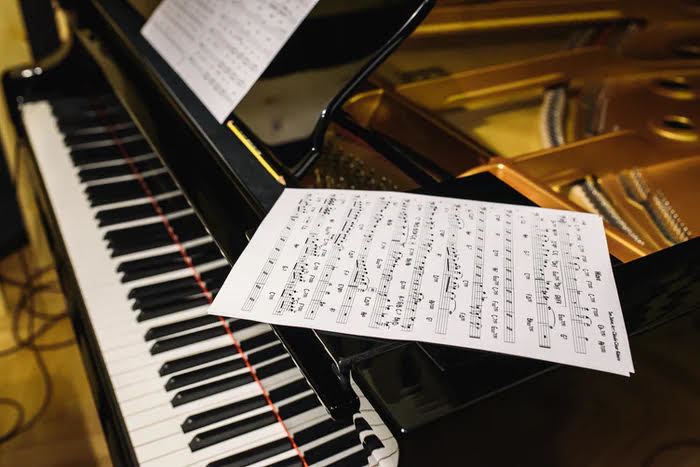 The choir offers a wide range of music from the more traditional to contemporary styles. Director of Music is Fabien Tousignant.

We are looking for more singers to join our choir at Trinity. If you, or someone you know wish to experience worship through the joys of singing, please let Fabien know. The choir rehearses every week on Thursday from 7:30 pm to 9 pm and they meet Sunday mornings at 9 am. Knowledge of music is not necessary but is an asset.

Born in Cochrane, Ontario, Fabien Tousignant has been an active member of the national capital’s music scene since he graduated from university in music. He has studied piano with Jean Desmarais, Luc Léonard, Jean-Paul Sévilla, Andrew Tunis and Renelle Belisle, and studied organ with Rachel Laurin, Raymond Daveluy and Karen Holmes. From 2011 to 2014 he was the Assistant Organist at Christ Church Cathedral under the direction of Matthew Larkin. He also regularly lectures on musical topics with Opera Lyra Ottawa and Retraite en Action. In addition, he works closely with Sandrae Savard, with whom he forms the Duo d’Hull. Since September 2014, he has been the Organist and Director of Music at Trinity Anglican Church, Ottawa and consequently the Artistic Director of the Music at Trinity concert series.

Your generosity makes a difference through Trinity toward our work in God’s name.

Simple and secure giving. Give one-time or schedule recurring giving using the button below.