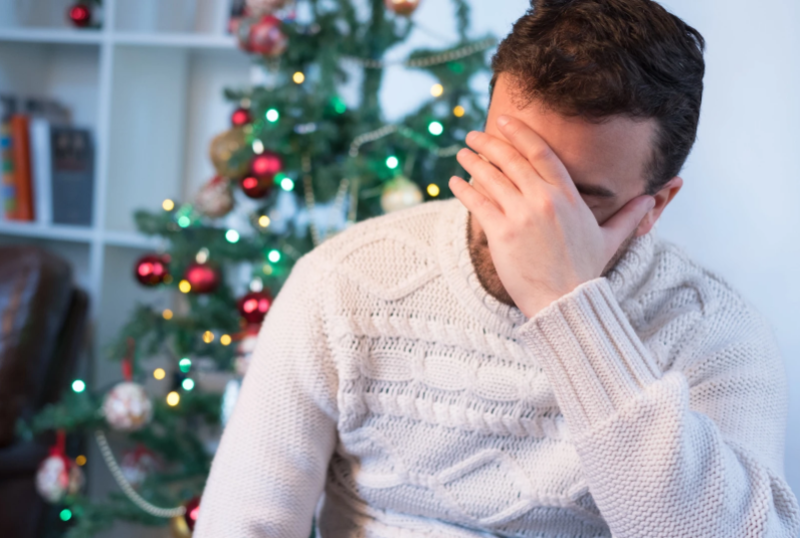 We don’t read Matthew’s version of the Christmas story very often. Maybe that’s because Matthew’s account, told from the perspective of Joseph, is just too painful. There are no shepherds, no singing angels, no Bethlehem, no manger, no swaddling clothes. Instead we hear this story of ordinary human pain and suffering. The young man who finds out that his young fiancé is pregnant with a child that is not his. The young woman who bears the weight of shame and fear, who faces a broken marriage and uncertain future. Imagine the shattered dreams, the feelings of despair. Maybe you can relate. Joseph is in crisis. He feels betrayed, he’s angry, he’s afraid. He has to figure out what to do next, how to react to this awful situation. Joseph is a righteous man we’re told, a good man who has been kicked in the gut. Does he call Mary out publically, exonerating himself but in the process putting her at great risk? Or does he opt for a quiet divorce? Joseph decides that he will divorce Mary. And only an act of God prevents the divorce of Mary and Joseph.

Generally, we like to focus on the happier parts of Christmas. Accusations of infidelity, betrayal, shame, divorce - these are parts of the Christmas story that we like to forget.

For Matthew, it’s all about promises. God’s promises. Matthew wants to tell us that the birth of Jesus is the fulfillment of God’s promises which had been made to the people of Israel through the ages by the prophets. And his realistic, even bleak portrayal of the circumstances of Jesus’ birth serve to remind us that, yes, we really do need God’s promises.

We don’t usually read the very beginning of Matthew’s gospel because it consists of a long genealogy, Abraham begat Isaac, and Isaac begat Jacob and so on. But Matthew puts that genealogy there for a reason. One of its purposes is to establish that Jesus the Messiah is the Son of David. That is reinforced in the gospel text we heard today, when the angel addresses Joseph as “Son of David”. It’s reinforced again when the angel intervenes to ensure that Joseph will adopt Jesus as his son, so that Jesus also will become a Son of David. Why does that matter? It matters because in the book of Samuel we read that through the prophet Nathan, God made a promise to David. The promise made to David was that God would raise up a son of David, through whom he would establish his kingdom forever, and to whom God promises “I will never take my love away from you.” This is the first promise to which Matthew is pointing.

The second promise that Matthew points to is the one made through the prophet Isaiah found in our first reading today. Set in the 8th century BC, King Ahaz of Judah is worried because Assyria and Samaria are laying siege to Jerusalem. But God sends the prophet Isaiah to King Ahaz and tells him not to be afraid, that Assyria and Samaria will not prevail. Ahaz is having a hard time trusting God on this, so God gives him a sign: “Look the young woman is with child and shall bear a son and shall name him Immanuel, ‘God is with you.’”

And so if we take these two prophecies and put them together, here is the promise:

But who is this promise for? When God says “I will always love you and I will always be with you” who is God talking to?

In the Old Testament, in the passages that Matthew is pointing to, the prophets Nathan and Isaiah were speaking to King David and King Ahaz when they proclaimed these promises.

Are God’s promises just for kings, for the rich and powerful?

No! At Christmas, in Luke’s gospel we’ll read that the first ones called to the birth of Jesus are the poor, poor shepherds. Jesus will be with the poor and the oppressed.

Are God’s promises just for one particular ethnic group, the people of Israel?

No! At Epiphany we’ll read that wise men, foreigners from the east, travel from afar to worship Jesus. Jesus will reach out to Samarians, Romans and Syrophoenicians. The gospel is for all nations. God’s love is for all people.

God’s promise to always love us and to always be with us is for all: All nations, all peoples, for rich and poor, for the powerful and the lowly, and for those in crisis, like Joseph and Mary.

I think we get that.

But I also think that sometimes we have another question about God’s promises. The question is this: Are God’s promises active, are they relevant today, or are we simply remembering things that happened 2000 years ago?

Let me tell you about something that happened while I was in a previous parish. It was right about this time of year, just before Christmas.

There was a woman in that parish named Erica, whose mother Fiona lived with her. I used to visit them fairly regularly because Fiona was in her 90s and couldn’t get out. At a certain point, Fiona’s health began to fail, and her illness was assessed to be terminal, but it was a slow process and she had a nurse that came to visit and provide palliative care. There was some thought that maybe she should be moved to the Hospice, but for now she was being looked after at home. All things considered, this was good for Fiona, but it was all quite hard on Erica who was very close to her mother.

One day a couple of weeks before Christmas, I finished up some work at my office and was gathering up my things and looking forward to going home, when I had this thought come into my head. “You should go and visit Erica and Fiona.”

So I picked up the phone, and I called, and there was no answer. Maybe Erica’s gone out I thought, I’ll try again tomorrow. But then I thought, maybe I’ll just drop by anyways on my way home.

So I drove over to Erica’s house and I saw that there was a car in the driveway. A friend maybe, or perhaps the nurse that came by to look after Fiona was there. So once again, I figured that it was best not to disturb them, and that I’d try again tomorrow. But just as I was about to back out of the driveway, another pesky thought: “maybe you should just go in and see what’s up”.

So I did. And it was indeed the nurse who was there, and as it turns out, she was there by accident as well, she’d been scheduled to visit in the evening, but because of some quirk in her schedule had decided to come in the afternoon instead.

While the nurse and I were there that afternoon, Fiona died, peacefully, in her sleep. And Erica, who was profoundly affected by her mother’s death, was also immensely comforted to have with her at that moment her nurse and her priest.

That afternoon, I saw God having compassion on one of God’s people in need. The God that promises to always love us and to always be with us was there with Erica, acting to make good on those promises in a very concrete way.

God has promised to always love us and to be with us. And when God asks us to help, it is our privilege to be able to respond and share with God in the fulfilment of God’s promises in our time and place.

The promise is as alive today as it ever was, and the sign is still the same: “the young woman shall conceive and bear a son. And they shall call him Emmanuel, which means, God is with us.”