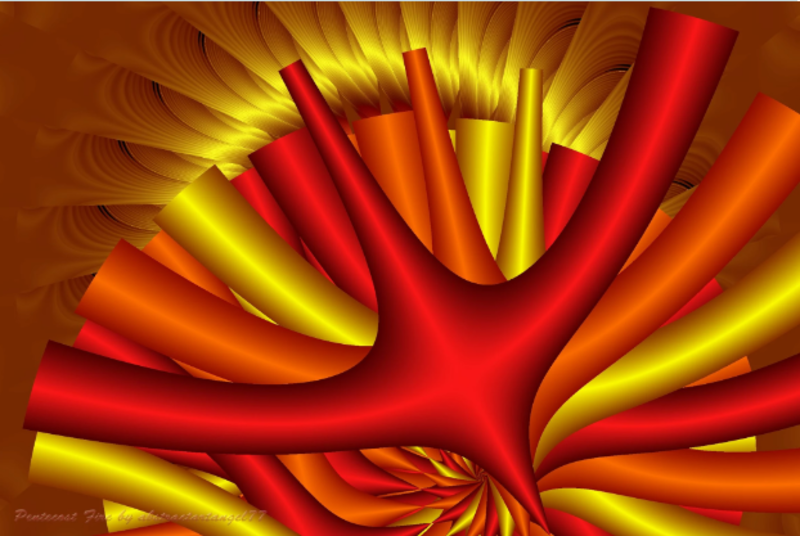 When Jesus said “Love one another,” I bet you that they thought he meant just us, you know, Jesus’ disciples and friends, those twenty people who were gathered in the upper room on the night before Jesus died. Boy were they in for a big surprise.

During the Easter season, for seven Sundays and then again on the Day of Pentecost, we read from the book of Acts, the story of the early church. The Acts of the Apostles begins with those twenty people who gather in that upper room. But it certainly doesn’t end there. The trajectory of Acts is expansive, it is boundary-crossing, it is an exciting tale of movement, disruption and change. It doesn’t stop with just us.

Now if I was to ask you who is the main character in the book of Acts, who would you say?

Would you say Peter?

Would you say Paul?

Both good answers! Both are important characters. But no, neither of them is the main character.

The main character, the driving force of the book of Acts and of the expansive trajectory of the early church is the Holy Spirit. The Spirit is always showing up, in new and surprising ways, leading the charge, and the apostles, Peter, Paul, Philip, James and the rest of them are constantly scrambling to catch up.

It starts on the day of Pentecost. The disciples are still in that upper room, behind locked doors, praying and waiting. And then boom, the Spirit comes upon them like a rush of violent wind and tongues of fire, and they all fire out of the house into the streets proclaiming the resurrection of Jesus in tongues and languages they can’t even understand. And that day, three thousand people are added to their number. So much for their nice group of twenty. “Love one another” starts to take on a whole new meaning. This was never part of their plan. But the Spirit had other ideas, and the apostles scramble to catch up.

Today we hear one of these “scrambling to catch up to the Spirit” stories. It’s an important story, we know that because it’s repeated twice. The full version of Peter’s encounter with Cornelius is told in Chapter 10. Today we heard the repeated, condensed version of the story, told by Peter - in response to criticism.

Yes, criticism. The early church wasn’t some sort of ideal, united, harmonious group. No it was much more of a Spirit-led church, and that means that there was tension and discomfort as they tried to figure out just where it was that the Spirit was leading them.

“Peter, why did you go to uncircumcised believers and eat with them?”

It’s a little hard for us to get our heads around how problematic that was for the early church of Acts. But think of it like this. Ever since Moses, the Jewish people had understood themselves as the people of God, of Yahweh. That was the covenant that gave them their identity as a people. I will be your God and you will be my people, said Yahweh. And as part of that identity, the people kept Torah. Circumcision for the men, kosher food for everyone, and whole bunch of other rules and conventions that preserved their identity, and had indeed made for the survival of the Jewish people as a distinct group in the face of empire and oppression for thousands of years.

When Peter stayed at Cornelius’s home and ate with him, to his associates back in Jerusalem, it was as if he’d rejected his identity as one of God’s people. Which was a big deal.

And so Peter tells them what happened.

You remember last Sunday that we were talking about discernment. About how it is we can hear God’s voice and figure what God is telling us in the midst of all the other voices vying for our attention. Well, Peter’s story is a discernment story, a pretty dramatic discernment story, but discernment nonetheless. Maybe if we pay attention, it will help us with discernment in our lives, individually and as a community.

It begins with prayer. “I was in the city of Joppa praying,” begins Peter. As it happens, not far away, in the next town, Cornelius the Roman Centurion was also praying. He was a man who prayed constantly to God, and one afternoon while Cornelius was praying he had a vision in which he sees an angel of God coming in and calling out his name. Cornelius is terrified, but he responds, “What is it Lord?” And the angel tells Cornelius to send men to the town of Joppa to go and get Peter.

The next day, as the men were on the way, Peter went up to the roof to pray. He too has a vision, this crazy vision of a sheet being lowered down, full of all sorts of birds and animals, and a voice saying “Get up Peter, kill and eat”

Peter resists the voice. “No way will I eat what I’m not allowed to eat.”

But the vision and the voice are repeated three times, at which point there is a knock on the door below. It’s the soldiers sent by Cornelius to take Peter away.

Now, I ask you, if you were living under military occupation, and the enemy’s soldiers knocked on your door and said ‘you’re coming with us’, how would you react? I know that I’d be looking for a place to hide.

Poor Peter. First he’s puzzled by the bizarre vision that he’s just had, then he’s scared stiff by the soldiers knocking on the door.

Then the Spirit speaks to Peter:

“Get up, go down and go with them without hesitation, and do not make a distinction between them and us.”

But the Spirit said that there was no distinction. No them and us.

Now I don’t know if Peter actually believed the Spirit in that moment. But he trusted the Spirit. And off he went.

When he got to Cornelius’s house, he began to speak, but before Peter could get off a half dozen sentences, the Holy Spirit fell upon Cornelius and all his household, just as it had on Peter and the apostles, and it was Pentecost all over again – but this time with a bunch of outsiders.

And for Peter’s critics back in Jerusalem, this is the clincher. Lived experience is always the clincher, that’s just who we are as humans. This is what really happened, says Peter. And when Peter’s critics hear this, they are silenced. And then after taking a moment for it all to sink in, they realize what God has done, and they praise God and start to realize that God’s Spirit has done the unthinkable, the Spirit has broken down the barrier between us and them, the Gentiles and the Jews.

Now, that’s not the end of the story. It’s just the beginning. There are a lot of details to work out. There are two thousand years of resentments to overcome. Not everyone is onside yet, there will be conflicts and disagreements. But this is where the Spirit is leading, and this is what it looks like when the church scrambles to catch up.

There are a few things that I really like about this story. The first, I suppose is that without it, I wouldn’t be here and you wouldn’t be here today. We are, most of us anyways, descended from the outsiders that the Spirit insisted in bringing into the fold as followers of Jesus.

But what I also like about this story is that it gives us both a lesson and a challenge. The lesson is about discernment. The challenge is to be Spirit-led as a church – that is, if we dare.

First, the lesson about discernment. One of the great challenges of the Christian life is to figure out what God is calling us to do, to hear God’s voice in the midst of all the other voices in our lives, both as individuals and as a community. The story of Peter’s encounter with Cornelius gives us some good pointers on how to discern God’s voice. The three things that we need in order to discern what God is saying to us are prayer, trust and lived experience.

Peter goes to the rooftop to pray, and that’s when he gets the vision. Same thing for Cornelius, it’s while he’s praying that he sees the angel. Prayer creates the space for God to speak. And, prayer takes away the distractions so that we can hear. Now, we’re not going to get a vision every time we pray, there’s a role for patience too! But prayer is where we start.

Next, trust. When the Spirit tells Peter to go with the Roman soldiers, well that sounds like crazy talk. Peter could just as easily have slammed the front door and jumped out the back window. But instead he trusts the Spirit, and goes with the men. That’s trust. That sort of trust, built up over a lifetime of prayer enables Peter to lean into what’s being asked of him.

And then, lived experience. Sometimes, often, we learn by doing. Discernment is no different. Peter goes with the soldiers, meets Cornelius and experiences first hand the Spirit falling upon them, something that blows him away. And it is the reflection on that lived experience that finally makes him realize that God has broken down the barrier between the Jews and the Gentiles, and that Peter is being called to do the same.

These are three important components of discernment: prayer, trust and reflecting on lived experience.

That’s important to keep in mind as we face the challenge of this story. Because here’s the challenge: what does it look like to be a Spirit-led church today? This isn’t just a story about something that happened in the past. What do the Spirit’s words, “Get up, go with them, and do not make a distinction between them and us,” mean for us today, in the church and in our world.

You know I think that if anything, divisions and distinctions, that “us vs them” mentality has gotten stronger over the past few years.

Vaxxers and anti-vaxxers. Protesters and counter-protesters. Mainline protestants and evangelicals. Elites vs ordinary folk. Pro-abortion and anti-abortion. Rich and poor. Think about all the divisions in our world. It’s ok for us to think differently on things, that’s normal. It’s ok to disagree and have discussions. But when we think of people as us vs them, when we make those sort of distinctions, that’s different.

There are people in our world today who promote division. Often our politicians seize on so-called “wedge issues” to divide people and get out their vote.

But the Spirit says

“Get up, go with them, and do not make a distinction between them and us”

We need to take that seriously. What would it look like today, in our churches, in our world, and in our lives, if we were scrambling to catch up to the Spirit and to be Spirit-led people and a Spirit-led church.

That’s my question for you today.